The Girl Who Lived by the Sea Once upon a time not too long ago and not so far away there was a girl named River, or Oshun in her language, who lived alone by the sea. She lived in a house made of the sea, of abalone and moss and other things washed in on the tide. Her house stood half off a cliff overlooking the ocean, despite her many attempts to coax it back a few feet. And when it was happy her house rocked contentedly back and forth on the changing ocean winds. In the evenings the girl sat to watch the sun disappear, on a broad wooden windowsill that opened into the sky, where she would lean back and rock with her house and listen to stories of the turquoise waves rolling in; waves climbing over waves frothing white in their eagerness to tell her where they’d been. Some had been to the very edges of the horizon, some had come back boasting that they had heard the horizon’s oldest memories, and come back to tell. Some had been even farther, as far as the outer nebulas, and some even farther than that. The girl was very sad, and very much ashamed of her sadness. She lived alone with only her house for company, and though she spoke to the sun and the wind and everything else that lives and breathes, she lived a day’s walk from the city and other people. So she listened too often to the thoughts in her head and the voice of a shadow that sat in the corner, a shapeless dark thing. This shadow followed her everywhere, attached at her feet, whispering many cruel things. It told her she was too heavy, too intense, too much, and that she would always be alone. The girl could not see the shadow that was always there but she could hear it speaking, so she thought its voice was her own. “Who could love anyone as full of sadness as me?” it said, and she cried, wishing she weren’t such an awful person. “I should not live with other people and burden them with my sadness,” it said, and she resolved never to leave home. “I shouldn’t let anyone see how sad I am,” it said, and so she tried to hide her tears away. Careful not to let even one escape, she stored her tears inside, where they gathered and pooled in her deepest wells, moon after moon. 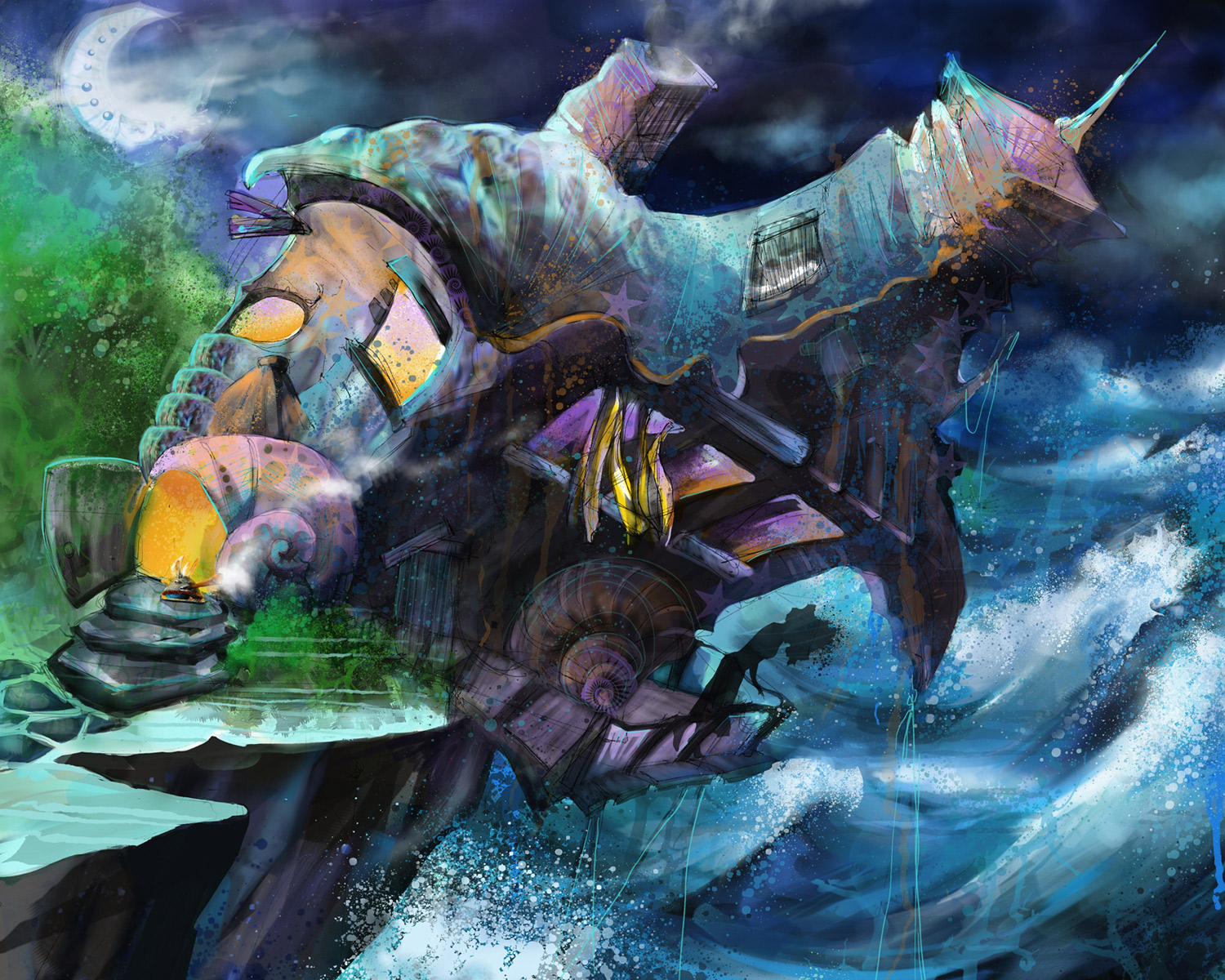